You're Gay? You're Fired - Matty Jacobson 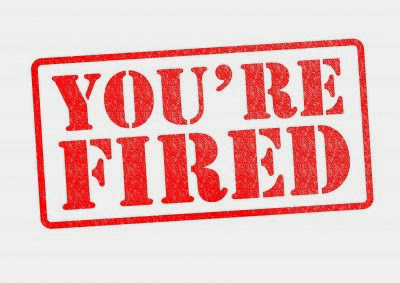 With all the celebration over equal rights in the state of Utah, it actually occurred to me in the wee hours of the morning that, no, we're still second-class citizens.

The only difference is when we get fired for being gay, we'll still be legally married.

So yes, we can check one thing off the list, but we can't forget that there's still more to go.

This issue literally kept me awake this morning. As you may or may not know, I've been celebrating quite publicly the love I have for my husband and the joy I feel for all my friends who can finally get married and be recognized by our state as such. I've been posing rhetorical questions to naysayers who think we lowly gays should not have the same rights.

I have been asking, and have yet to get a real response, what rights of the opposed have been violated by allowing everyone the right to marry. I posted an example of this questioning on my Facebook page, and one my friends told me she knew of a woman who was going to cancel her subscription to the newspaper I work at because our publication hires gay people.

First of all, never mind that if that's what this woman does when she finds out a gay person works at an establishment she patronizes, then she's SOL with everything she purchases.

But what woke me up this morning before the sun peaked over my Utah home was the fact that it doesn't matter if there are a million gay people who work for my publication. My company, and almost every company in Utah, for that matter, could fire a person just for being gay.

Now, there is a map circulating the Internet that shows where a person is protected when it comes to employment and housing; it's pretty comprehensive. However, take a look at the lower left corner of Utah. That's Washington County -- my home -- in purple. 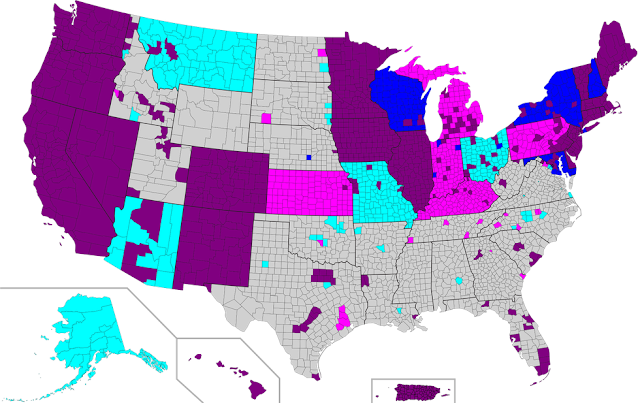 In my research for this article, I felt a moment of alleviation when I saw this map. But then I started thinking, when did my county pass an anti-discrimination ordinance? Where the hell was I? I mean, I work in the news industry. You'd think a piece of legislation that protected me would at least grab my attention.

But no, it's actually not true. The closest thing we have to protection here in Washington County is the progressive town of Springdale, which passed its anti-discrimination policy earlier this year.

So here's the thing: Actually, a lot of people don't realize that being fired for being gay is not only actually a thing, but it can and does happen. On one hand, that's good because most people think we live in a world where that sort of atrocity would have been long ago outlawed. (Which, duh, it should have been!)

But on the other hand, because so many people don't realize there aren't laws on the books concerning this type of issue, the people who would normally be outraged at such a thing aren't concerning themselves with passing such legislation.

Utah Senator Steve Urquhart, R-St. George, introduced a bill this year to the state legislation that would make pass non-discrimination laws across Utah. Sounds like a pretty good deal, right? Believe it or not, the mostly-LDS legislators (a religion that isn't always seen as favorable in the eyes of others, yet still enjoys the protections of anti-discrimination ordinances) refused to see the bill passed. Urquhart is trying again this year, but there could be even more opposition from the people you and I have elected.

I pose the question to you again, to those who who think we in the LGBT community don't deserve to keep our jobs, our housing and our marriages: How are YOUR rights being infringed on when we are given the SAME rights that you have?

Please, include your answers in the comments section. I really, really do want to know.