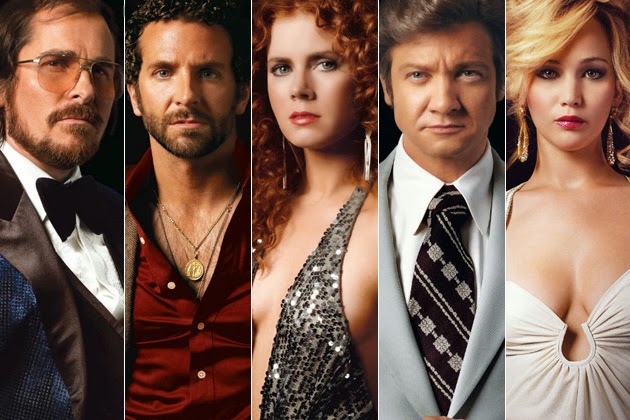 Christian Bale has never been my most favorite of actors. Essentially, he's kind of a prick. And don't get me started on Bradley Cooper, who's penchant for playing douchebags leaves a rotten smell in my nose. And as for Jennifer Lawrence? Listen, I really like the girl. I think the's got a great attitude about life, and she's obviously a good actress or else she wouldn't have received an Academy Award. But her role in "American Hustle" seemed like a struggle for her.

OK, so now that I've got all my bitchiness out, allow me to elaborate on what I really thought of "American Hustle."

Dammit, this film is good. I'm not the only one who thinks so. Ninety-two percent of critics on RottenTomatoes.com loved this movie, too. A slightly lower, but still impressive, 81 percent of regular old movie-goers like you and I loved it, too.

First off, the main selling point for me was not the always wonderful Amy Adams, or even the great (but sometimes slightly homophobic in a "he doeth protest too much" kind of way) Jeremy Renner. While those two are great, I was initially wooed by the costume design.

I live and die for glam, so the fabulous clothes (especially those worn by Adams) got me hook, line and sinker. Everything else -- the great and engaging storyline, the super suspenseful scene with Robert De Nero, the mind-blowing ending -- was just kind of an afterthought.

But as afterthoughts go, they were good ones. I literally gasped at one point, and I don't consider myself the gasping kind -- at least not in movie theaters.

"American Hustle" was an excellent combination of suspense, comedy, clothes and "Oceans 11"-esque trickery. I loved it, and I'll see it again. This was one of the best pieces of art to come out of 2013.