Paranormal Activity: The Marked Ones - By Matty Jacobson 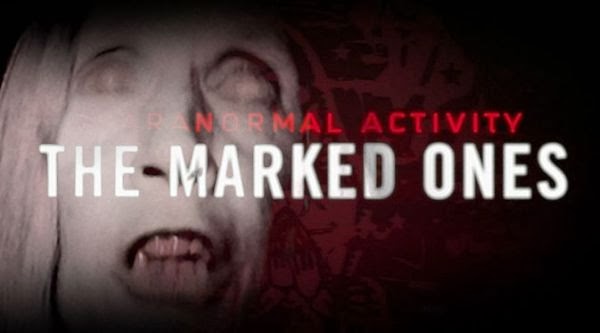 What was it about "Paranormal Activity" that scared the living hell out of me? The acting wasn't great, the production was cheap, and the whole concept was kind of cheesy.

Nonetheless, the first in the franchise made it hard for me to sleep for a while. I didn't care for the second one at all, but for some reason, the third installment scared me even more than the first. The unseen demon Toby pretty much followed me home from the movie theater. At least, in my mind he did.

So I figured there was a pattern. Even numbered "Paranormal Activities" are the ones to skip. So of course I wanted to check out "The Marked Ones" in hopes that the odd-numbered trend would continue.

I mean, yeah, it sucks trying to sleep when you're so scared, but it's also fun to get that scared in the first place.

Well, I was incredibly disappointed. What made the original and the third movies so great was that unseen presence of something that is trying to hurt you. The second film wasn't as successful because of all the cameras. But "Marked Ones" just comes across as another generic found footage film, documenting what some random teenager is going through.

That sense of something huge and evil lurking in the shadows is sadly missing. And, as in every "Activity" film, I found the explanation of the goings-on unnecessary. The whole tracing-it-back-to-witches thing sort of detracts from the mystery.

I think "Paranormal Activity" has run its course. If you're not going to give us Toby, then don't give us anything at all.

Email ThisBlogThis!Share to TwitterShare to FacebookShare to Pinterest
Labels: matty jacobson, Paranormal activity, the marked ones, the skewed review