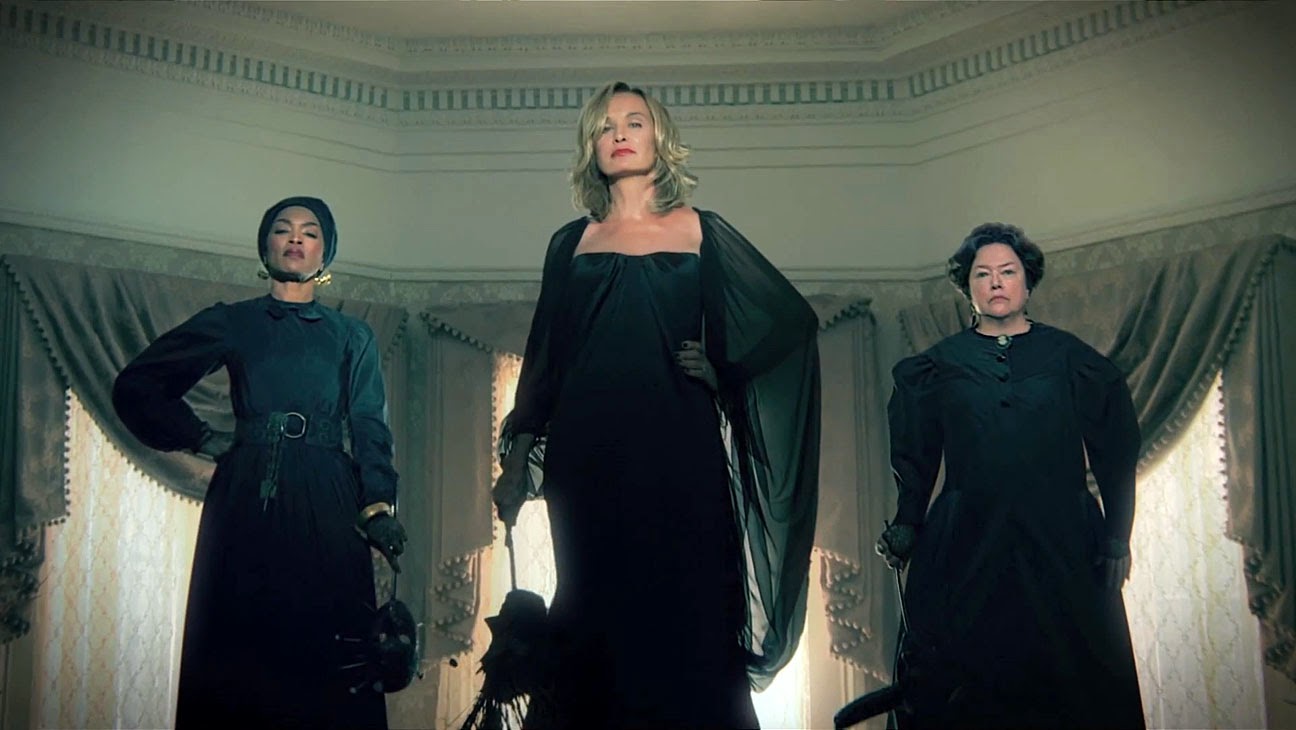 It's not often I get really into a show that isn't already off the air. More often than not, I'll get hooked on a show because it popped up on Netflix, and then I'll usually just binge-watch through however many seasons are available.

There were other shows I started watching that I fully intended to keep up with. "Once Upon a Time," "Scandal," "Revenge" and "Marvel's Agents of S.H.I.E.L.D." are just a few examples. I don't know if I just lack the attention span to stay with a show when I have to wait a whole week between airings, or if TV just ain't what it should be, but shows that follow a story arc just don't seem to be my cup of tea.

Except for "American Horror Story: Coven."

The first season of "American Horror Story" did what this season is doing for me. It lassoed me in with historical mysteries, gore and the paranormal. The first season even gave me nightmares! Suffice to say, I felt like I would be in it for the long haul.

It didn't hurt that AHS creators planned on starting a new horror story each season. I was on the edge of my seat waiting for "American Horror Story: Asylum."

What a downer. Last season was muddled and confusing, had hardly a real scare, and lacked any of the big historical mysteries that season one offered (such as the Black Dahlia nod).

So I was a little reluctant coming into the third season. But, as more was revealed about what "Coven" would entail -- witchcraft, New Orleans, Delphine LaLaurie, Marie Laveau -- my anticipation became insufferable.

I took a trip to New Orleans last year, and have since been fascinated with the place and its incredibly spooky history. So I hyped myself up for AHS's new season -- something that usually sets me up for disappointment.

But "Coven" has yet to disappoint. I've even entertained the idea that "Coven" should have another season. I'm that invested.

And of all the wonderful, grotesque, evil, lovable, hatable characters, there's one I just can't get enough of: Francis Conroy's Myrtle Snow. How can I begin to describe how much I dig her? She's got the best lines in the whole show (when asked how her burned-off hair grew back so fast, "I've been buying in bulk for years!" Myrtle responds), but her fashion sense is off the charts.

And the woman's got serious style. She was super concerned about the witches who left Salem hundreds of years before because they had to travel all that distance without a bidet. What class!

I am team Myrtle all the way.

I am going to be so sad when this season ends. My biggest fear: How will "AHS" top this season? It will definitely be a challenge.