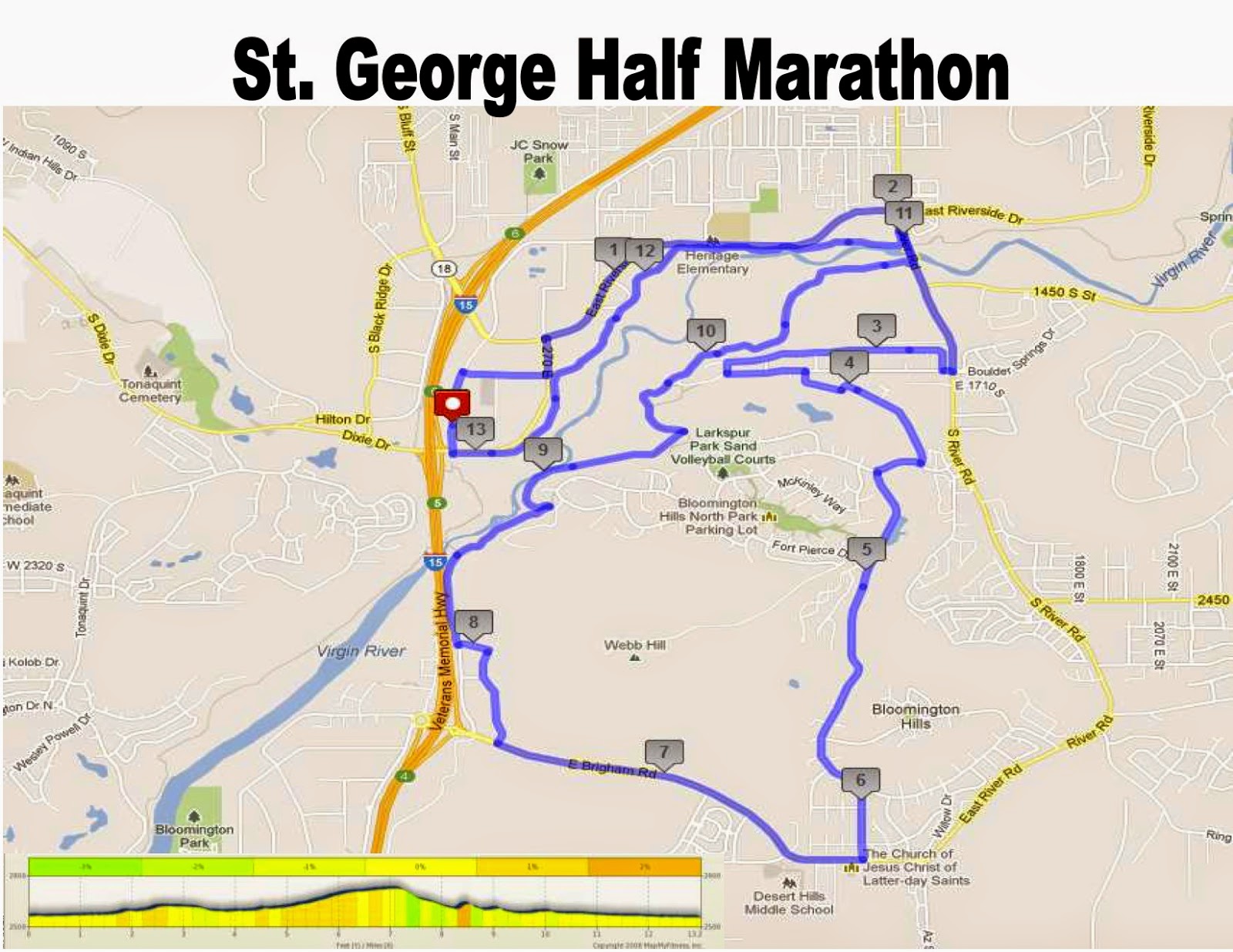 THE SKEWED REVIEW | EVERYTHING ELSE

This is the third time I've run The St. George Half Marathon, and the second time I've finished it. (Last year some medical issues got in the way, but hey – I did make it to mile 5 before I had to call it quits!) For those of you thinking about running it in 2016, here's what you should expect.

The course is relatively standard. It runs on the city streets for half the race, and on city trails the other half. After 2.5 mark, it starts going uphill. The Bloomington Hills area of St. George is very hilly, so there is a lot of up and down throughout that area. There's little-to-no level roads from 2.5 until the summit of the course at the halfway mark, where the course begins its downward slope. At about 7.5 miles, the course turns to city trails, which are more-or-less even. The race finishes where it starts.

St. George is a very scenic city, surrounded by beautiful red rocks and desert. The forced landscape is beautiful, too. However, there's one time of the year when the city is ugly and barren, and that's in the middle of January.

This is what makes The St. George Half Marathon unappealing. It's cold and it's ugly. Everything is brown. In a way, it's disheartening. Instead of being able to enjoy the surroundings, you're just wishing the race would be over already so you can get away from this dead, disgusting place.

The medal is an integral part to running these races. We runners like to display them proudly, so it's nice when there's a rad medal with an awesome design. I have to give props to St. George for changing up the design of the half marathon medal from years past (the St. George Marathon medal stays the same year after year...), but I don't particularly like the vomit green used for the ribbon.

I'm still hoping one of these races will feature an awesome black and white medal. 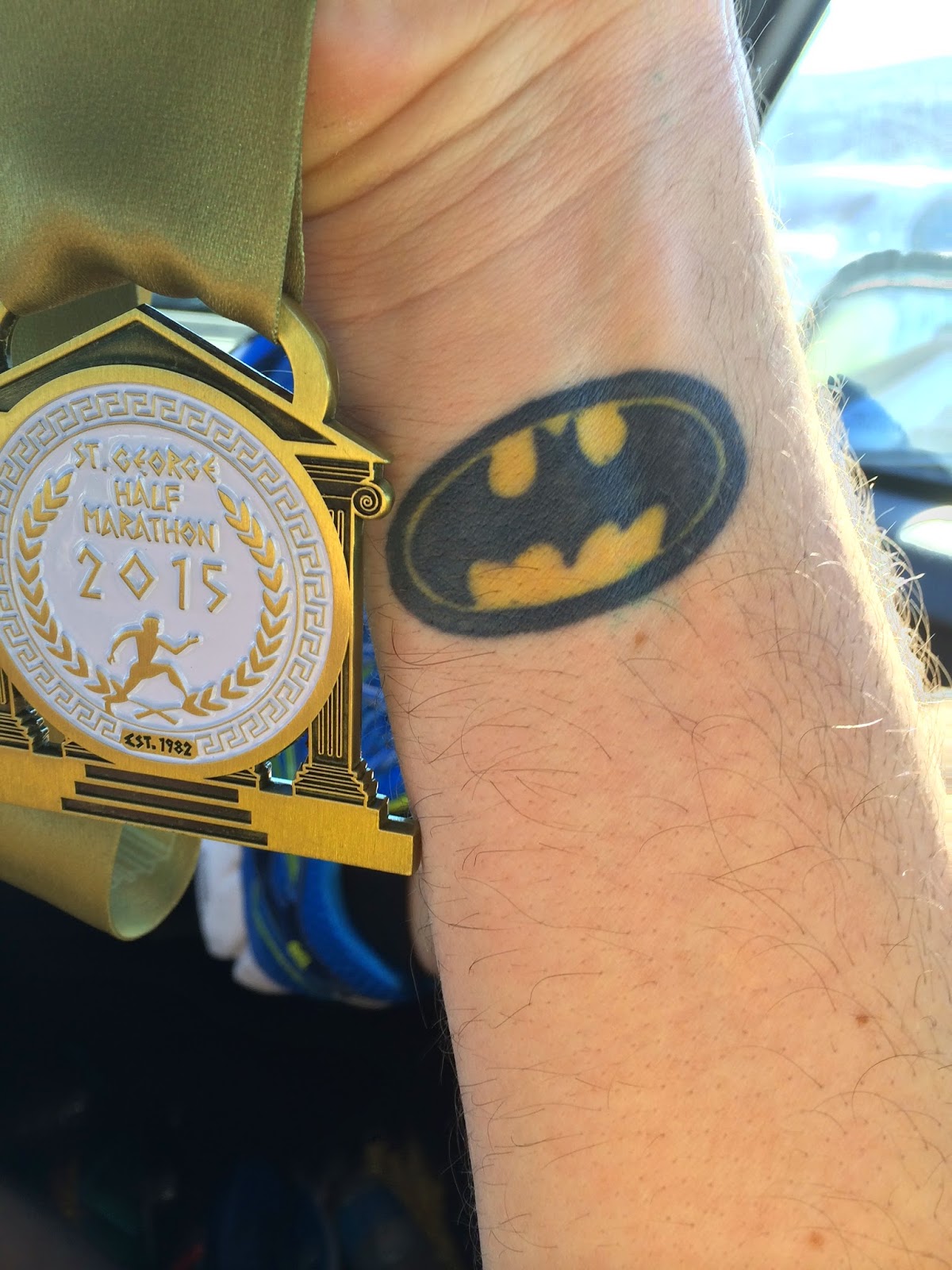 The challenging first half makes this a race you feel good about completing. But the scenery leaves much to be desired.