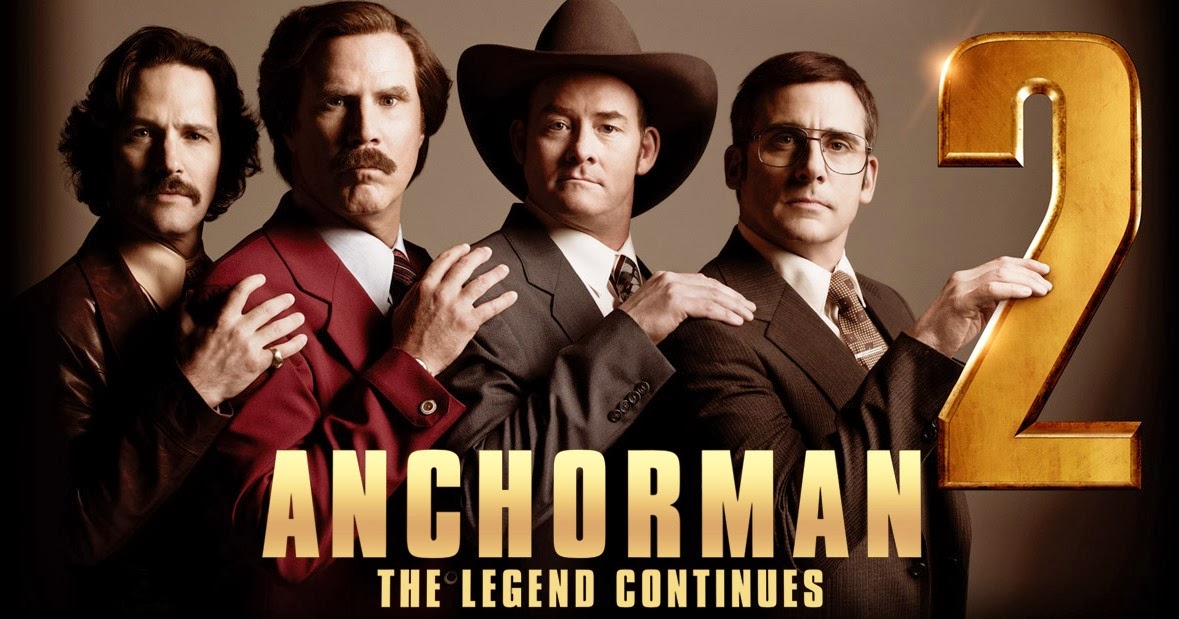 As a journalist, "Anchorman" has always been one of my favorite films. I'm not that into Will Ferrell, but for some reason I find the antics of Ron Burgundy, Brian Fantana, Champ Kind and good old Brick Tamland quite hilarious -- and super quotable. (Why don't you go back to your home on Whore Island?!)

So, as a journalist and "Anchorman" lover, I might have gone into "Anchorman 2: The Legend Continues" a bit biased.

Of course the second isn't as good as the first, but you know what? It's pretty damn close.

"2" follows up on Ron (Ferrell) and his wife Veronica (Christina Applegate), both working as coanchors for the same network. But it isn't long before Veronica continues climbing the success ladder, and Ron gives her an ultimatum: It's either him or her job.

So, needless to say, we catch up with Ron a few months later, separated from his wife and now working as an announcer at Sea World.

This all sort of felt like a re-imagining of  "Blades of Glory." The disgraced Ron Burgundy even had stains on his shirt, reminiscent of the vomit-covered Chazz Michael Michaels after falling from grace and having to skate in children's shows. But that's where the similarities ended.

Ron is approached by a producer for a new idea: A 24-hour news network. So he rounds up Kind (David Koechner), Fantana (Paul Rudd) and Brick Tamland (the ever-funny Steve Carell) to help anchor a channel that would be all news, all the time. This is where the journalist in me was really entertained.

The film pokes fun at the ridiculousness of 24-hour news and how the very concept is basically asanine. The only way to make something like that work would be to report on what is actually newsworthy and then fill in the other 23 hours with fluff (the movie hits that nail right on the head).

There was one scene that got a little out of hand for me. In an attempt to cash in on one of the more memorable scenes from the first film, the gang gets into a newsteam gang fight only with national news channels and about double the cameos that appeared in the first film.

We get a fustercluck of celebrities in the form of Sacha Baron Cohen, Kirsten Dunst, Tina Fey, Harrison Ford, Greg Kinnear, Liam Neeson, Amy Poehler, Vince Vaughn, Marion Cotillard, John C. Reilly, Jim Carrey, Will Smith and, in what was almost a movie deal-breaker for me, Kanye West.

Don't get me wrong; the scene had its moments. But at that point, the film was already running a bit long. It could have been cut down just a bit.

Don't miss the face Kristen Wiig makes when she says, "Wanna see the face I make when I'm looking at a snake made out of candy?"

Yes. This film gets my approval. You stay classy, San Diego. Or, wherever you happen to be.